My already somewhat low activity in recent weeks had been further impaired by having caught a pretty nasty cold and pulmonary infection, so I’m pretty late with this month’s updates on the latest magazines.

Funny enough Blue Ocean, who publish these mags in our region also contributed to the mess by delaying the LEGO City magazine by one week. They kept printing December 10th as the announcement date in every of their mags, yet it only arrived this Tuesday the 17th. One can only speculate what went wrong. A botched print run? Those little bags not delivered in time from the LEGO factory? Who knows! I’d sure be interested to find out one of these days. 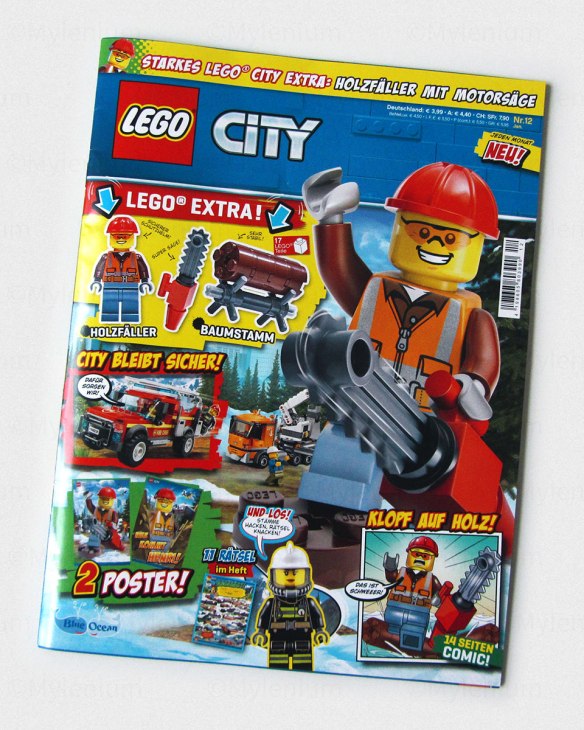 The LEGO City issue focuses on wood chopping which at this point of course could be interpreted as a sign of things to come once people start slicing up their Christmas tree after the festive season. The parts coming with the magazine are very much standard fare and similar to what came with the mini version of the forest tractor last year with some minor variations on the theme in terms of colors used and the prints on the figure. The feet are in Sand Blue, BTW, they were just printed excessively blue-ish so the colors look very different.

The City magazine continues to deliver with a satisfying mix of activities for your kids and a well done comic, so not much to complain about. The posters are okay, though I still wish they would use panels from the comics instead of those CG-generated versions. There’s just a specific charme to classically drawn stuff and the color contrast is better. 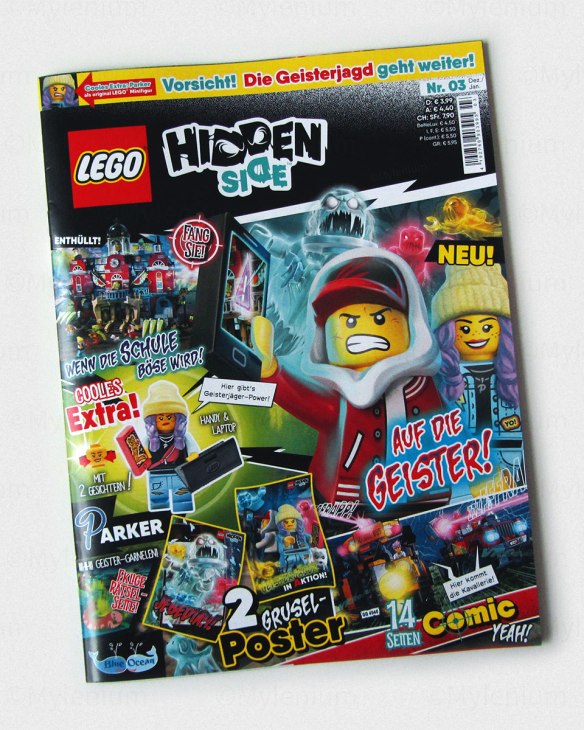 The Hidden Side mag came out earlier and I’m only mentioning it for completeness, but somehow I feel that it just isn’t gaining traction. I played that fun trick last month, so I’m not going to do it again already, but can you spot what might be wrong with the cover? Yepp, it’s yet again Jack front and center for a third time in a row. Calling it repetitive and boring would be stating the obvious. It’s not helped by the extra being Parker of all things. I haven’t even bough all sets yet, but already have amassed a graveyard of the ever same figures. This only goes to show how named characters can quickly back you in a corner…