Full disclosure: I honestly don’t care much for comic hero movies or for that matter the original comics themselves for a million reasons, so take everything I’m going to say about the first issue of the LEGO Marvel Avengers magazine with a grain of salt.

Being blissfully ignorant of most of the Marvel movies of course I cannot say much about the merits of the story and lore in this one. I literally just bought it out of curiosity because it’s fresh on the market and I wanted to see how it holds up. The comic seems to be drawn well enough and allegedly it’s a unique story, but I’m totally clueless as to whether there’s any truth to that claim.

Outside that this one follows the same pattern as the other LEGO magazines from Blue Ocean. There’s some puzzles, some “hero profile” pages and a few other little tidbits to keep kids occupied. The posters are at best mediocre, with the Spiderman vs. Venom one being at least bearable. The Avengers one is a complete fail, though, in my view. I still don’t understand why they go through all the trouble of drawing those comics and then don’t use all that graphical fidelity to their advantage on the posters as well.

The real value of this magazine is the minifigure. Well, strike that. The actual value are the extra web parts. I don’t have any of them yet and they even included the new angled posing stud. Yippee! This all will sure come in handy if and when I should ever build some old house covered in cob webs or similar. Other than that I guess the Spiderman figure is okay, though it appears the most basic one that they probably have used in a ton of sets. 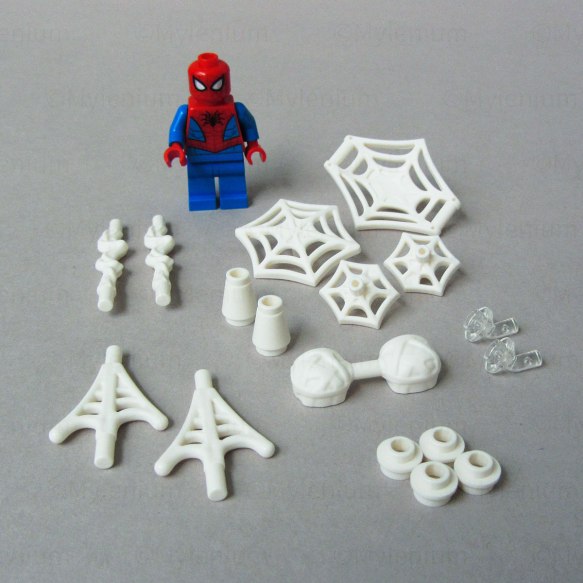 With all that said, I don’t quite know whether I’ll be buying this regularly. I suppose it will depend on the extra value I get out of the minifigures and the parts that come with them or whatever they plan on including in the future. It seems an almost sure bet, though, that this will be hugely popular with little superhero nerd kids, which at the end of the day all of them are on some level. So I guess it’s okay to buy this then.