The date when Mr. Easter Bunny will be visiting is still a ways off, but his next of kin are already here thanks to the March 2022 edition of the LEGO Friends magazine. 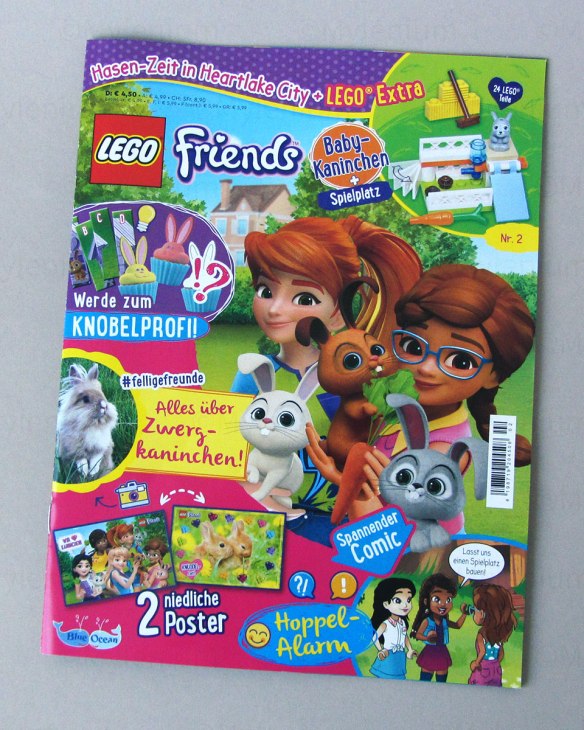 Rabbits are of course pretty cute – most smaller breeds, anyway. Even I can’t escape their quirky charm whenever I’m at a small petting zoo or visiting relatives. On the other hand, they are pesky little buggers and notoriously prone to falling ill with all sorts of weird infections, so keeping them is not as easy as it sounds and as this magazine makes it look. You might need to be prepared for that if your kid falls in love with the idea and keeps pestering you about it. 😉 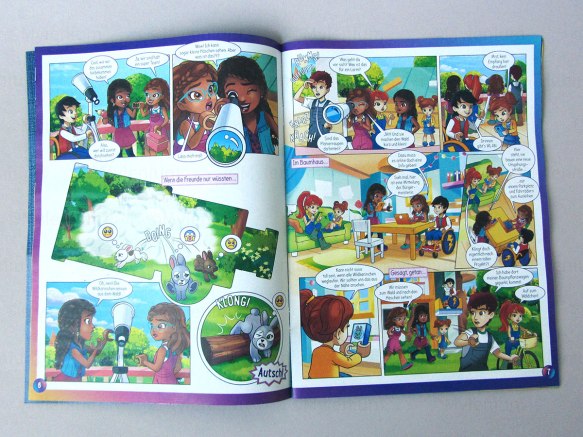 As always the comic is so-so, with the best moments/ best panels being the ones where the girls don’t annoy the heck out of everyone by being in view like someone tried to zoom in on their teenage girl pimples, a.k.a. puberty acne. Otherwise it’s just the usual combination of cheap soap opera level writing, the girls seemingly wearing the same clothes everyday and some harebrained stuff going on in Heartlake City. Funny enough the car shown in the comic bears quite a bit of similarity to the recent Tree-Planting Vehicle (41707), though in reality it would be even smaller than that. 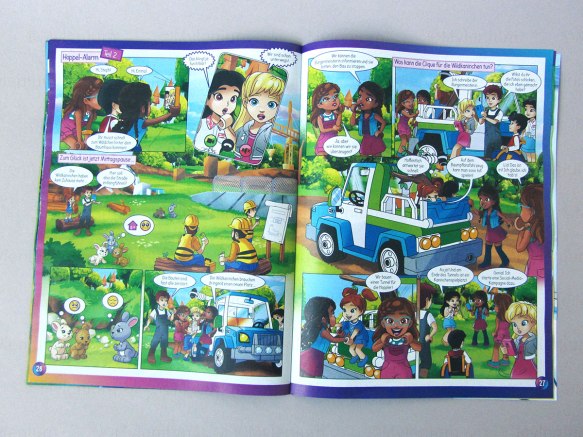 Thankfully there’s loads of other pages such as this info page on a few rabbit varieties, several coloring bits and a few quizzes/ puzzles, of course. This makes the whole thing tolerable, as clearly the comic alone doesn’t hold a candle to provide enough interest. 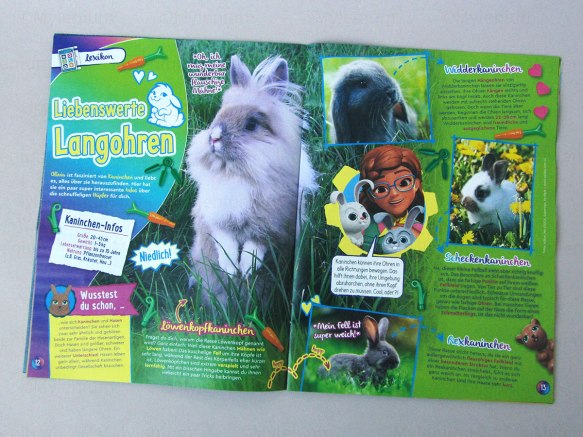 The poster with the two baby rabbits snuggling up to each other is also quite okay, while the back side has just yet another umpteenth group shot of the girl gang. 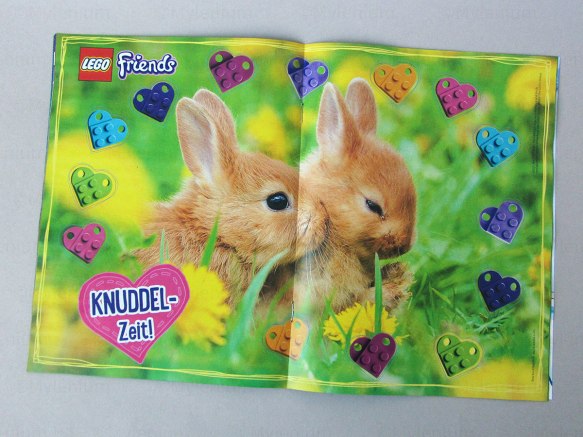 The extra is a small enclosure for the rabbit such as you would likely have at home if you were to have such a small critter. It even has a small drinking spout. The colors are interesting, since the flap element used for the slide is in Bright Light Blue, a rare variant. There’s also a single 1 x 2 plate in that same color. I guess we’re just lucky that LEGO came out with a few sets using those pieces last year and we can profit off surplus stock here. Something similar could be said for the rabbit droppings, which are Dark Brown, not the more common Reddish Brown. Again we have to thank the ART sets for them being available at all in this color. The yellow corrugated bricks mimicking the hay/ straw are also nice. I only have a few from other sets and every bit helps to expand my parts stock, obviously. 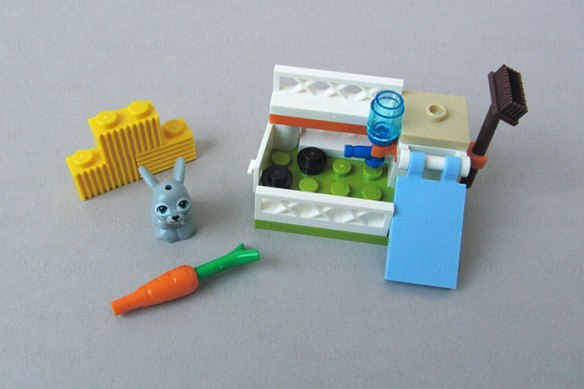 The general shortcomings of this publication notwithstanding, this issue is one of the better ones. It isn’t as atrociously “teenage fantasy” as some others and there’s enough content aside from the comic to warrant a purchase. There are even a few unique pieces, which make me a happy camper.