Three times in a row! That’s how Blue Ocean got under my skin by including something actual useful in the LEGO City magazine after I announced my abstinence from this publication. So what’s it for this month? Let’s find out! 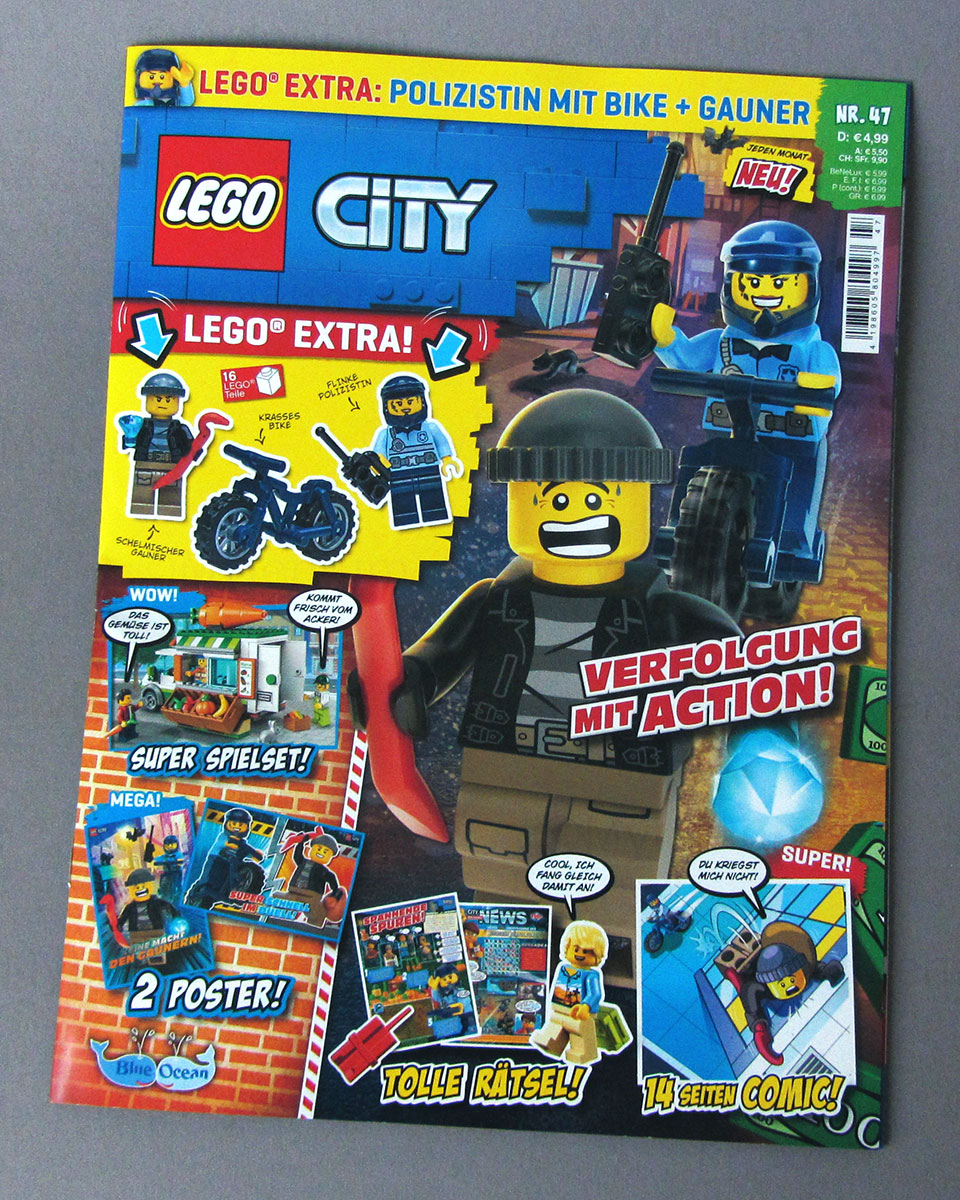 The comic is another police chase story, only this time on a bicycle. It’s also spiced up (no pun intended) with some Halloween-themed stuff and the evil-doers exploiting the situation by doing their mischief during the spooky night.

Unfortunately the special holiday is not really put to good use with the emphasis being on the rather mundane police action (and the gangsters not even dressing up for the occasion), so the panels are a bit boring at times in the sense that there’s a lot of “blue night”, but no crazy ghosts, werewolves, vampires or other such creatures. 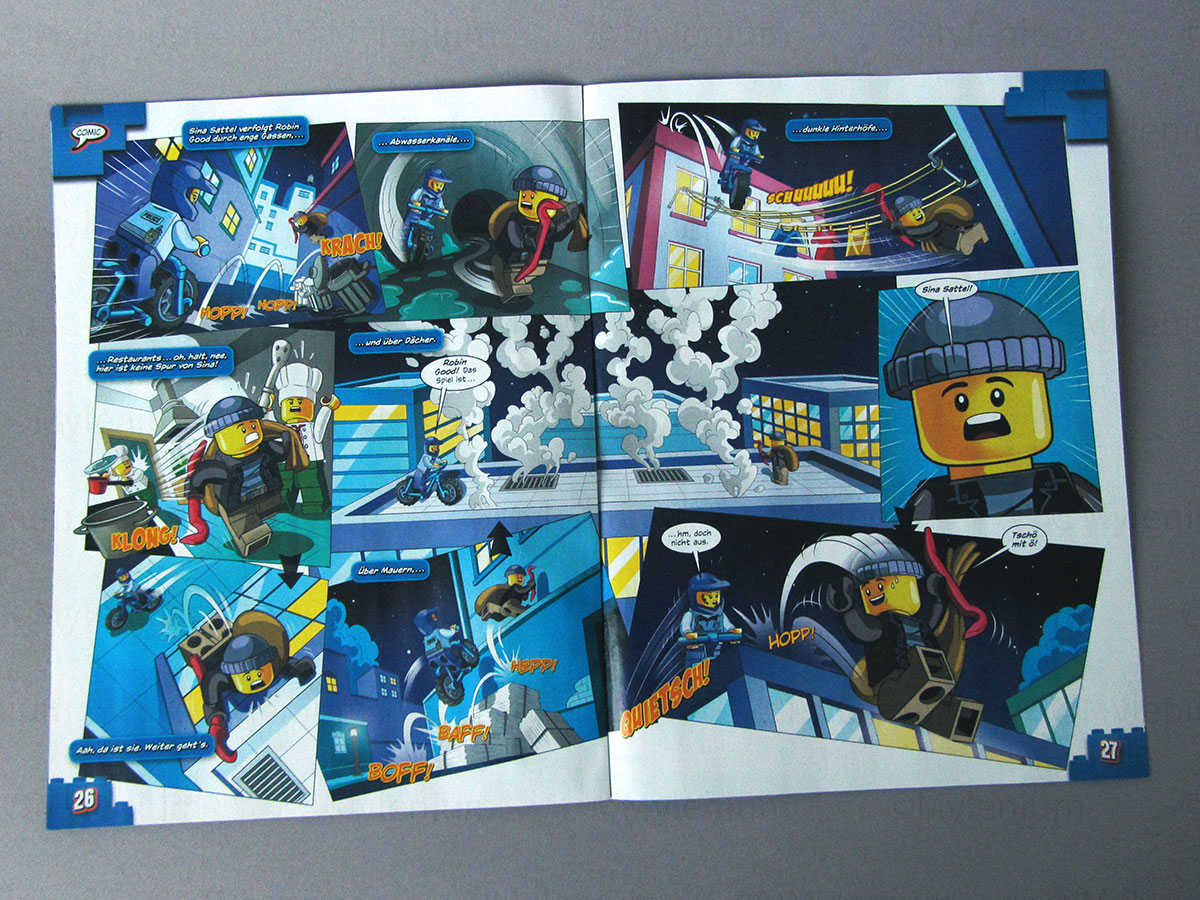 The posters reflect the story as well, but are equally a bit too ordinary and lacking an original twist.

The extra that tempted me into buying this issue is of course the Dark Blue BMX bike/ mountain bike frame. This particular bicycle type is still pretty rare and while I have one in Dark Azure from the Hidden Side Newbury Subway (70430)  (oddly enough, I never reviewed it here) and also the Light Bluish Grey one from the Jurassic World Blue & Beta Velociraptor Capture (76946) (too small to make a review worthwhile), it’s always good to have more options at hand. The minifigures are a so-so affair. The positive thing is that the female police officer has a dirtied up face, but her uniform doesn’t reflect the same. It’s just a standard torso and pants. The same could be said for the thief who really is just “Bad guy no. 3” in a standard outfit. 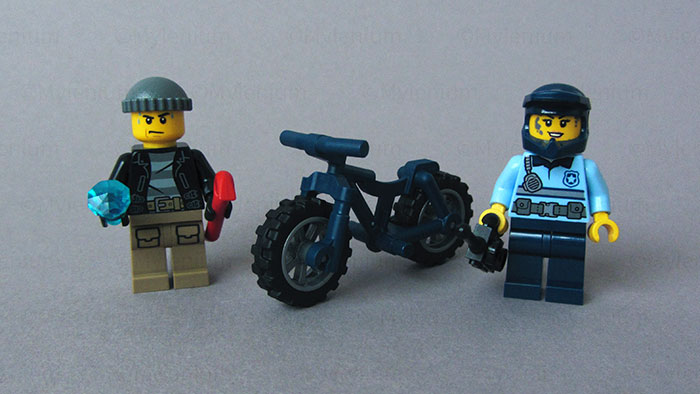 To get back to my opening statement: No, my streak won’t go up to four in a row. I definitely won’t be buying the next issue because I have no interest in the extra, which is going to be an ugly forklift with no “special” parts for my collection that would warrant spending the cash. This one is okay if you want a simple way of obtaining the bike vs. buying an overpriced set, but otherwise it doesn’t really offer much that would get me excited.