The LEGO Star Wars magazine remains one of the staples of that whole LEGO magazine business and while not always outstanding, it usually has at least something interesting to show. Let’s see if the December 2022 issue lives up to that.

I’m not a friend of those “Palpatine behaves like a teenager” as you know, so the main comic doesn’t really go down well with me. Too much implausible nonsense and too way off the mainstream canon even if you take a liberal approach and allow for some wackiness. 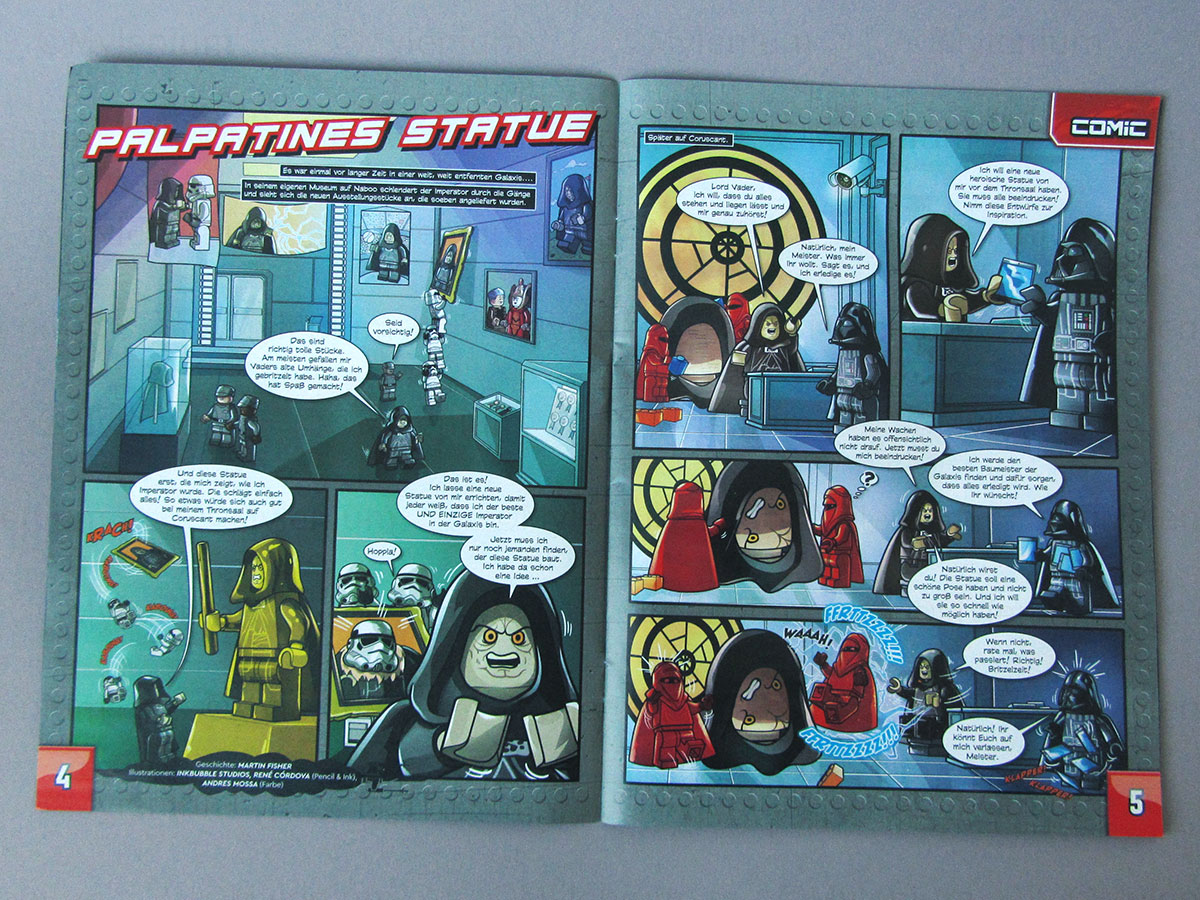 The secondary comic isn’t doing much better, in particular since the vehicle it is supposed to promote as the extra, the Imperial Light Destroyer, isn’t really shown that much. 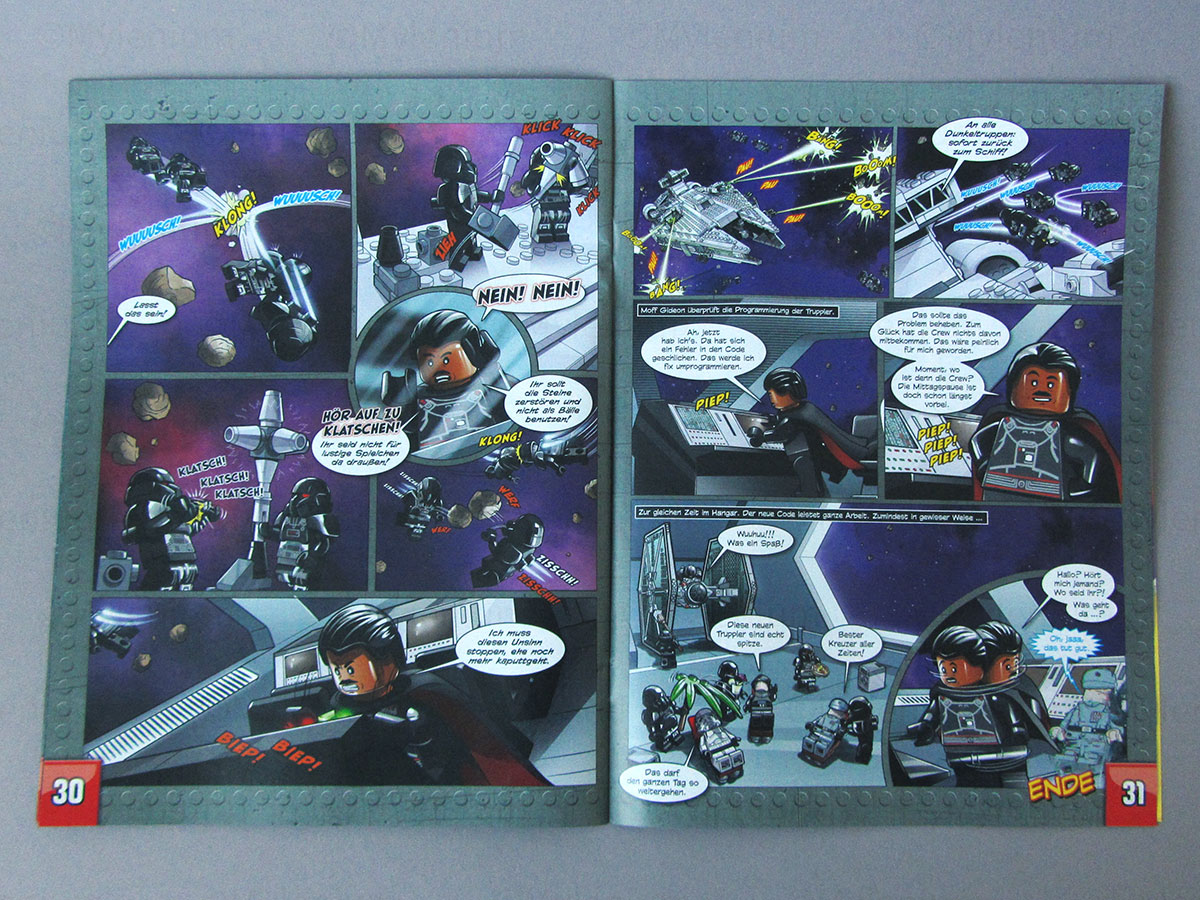 The poster on the front features Captain Vaughn from the Armored Assault Tank (AAT) (75283) set in all his glory. Stylistically it is similar to the one in the last issue, so they would look nice next to each other. The backside has an X-Wing zooming toward the Death Star, but it’s not nearly as interesting. 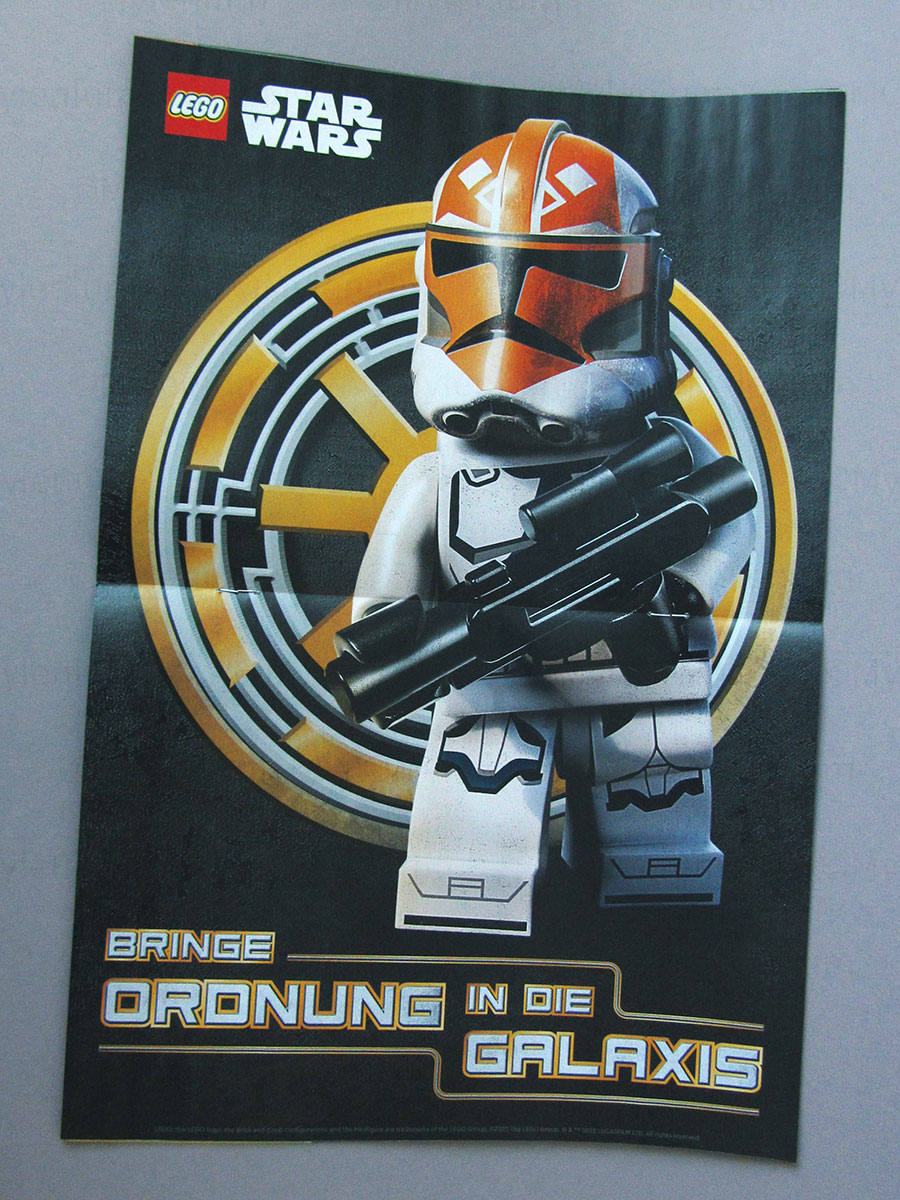 The extra is the Imperial Light Destroyer mentioned earlier. It was introduced in Rebels and recently played a bigger role in The Mandalorian. As you would expect the model is pieced together from a few wedge plates, which is sufficient to match the contour, but does not really provide the necessary volume for the ship’s body. In terms of pieces there isn’t too much special here. There’s a pair of triangular tiles in Light Bluish Grey, which are always nice to have, but the rest is standard fare – with one exception: Inside there’s a Black 1 x 5 plate (!) for the central spine, which I think is the first time ever this element has ever been used in one of those foil packs on any of the LEGO magazines. If you never encountered it up close and personal in a set (since it’s still being used rather sparingly) here’s your chance to get acquainted with this marvel of modern engineering. 😉 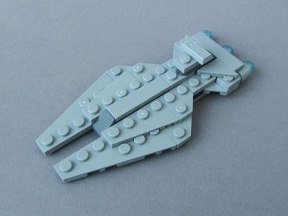 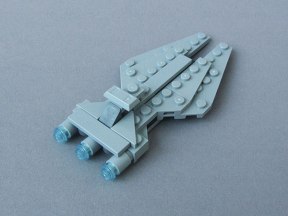 This edition of the magazine holds very few surprises, but is overall a solid affair. The posters are decent and the comics are serviceable, though I’d prefer them to be a bit more serious and in line with the rest of Star Wars. Though personally I prefer buildable models, fans of minifigures will be pleased that next month there will be another one in the form if a Hoth Luke Skywalker with snow goggles, vest and all.