The LEGO movies are a bit of an odd thing in my little universe. While I have no doubt that I would enjoy them (though allegedly neither of the follow-ups comes close to the original first The LEGO Movie), I don’t feel any urgent desire to catch up on them. It’s typical “one day when it runs on free TV” stuff. So once more I’m blissfully ignorant about The LEGO Batman Movie, though I believe it shouldn’t matter much, anyway. As far as I can tell, the actual creature from the Clayface Splat Attack (70904) set isn’t in the movie, only in a special promotional animation clip LEGO created for the set. 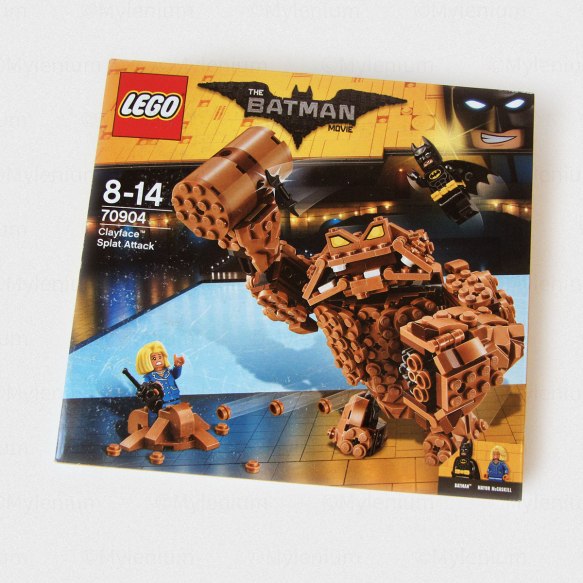 The non-inclusion probably also explains why this set never was particularly popular (besides the fact that by now most people have forgotten about the movie, anyway). By the time you read this article it may in fact be difficult to find this set in stores, but you can get it quite cheap off eBay or other sites as a used set. The short attention span for movies aside, there are a ton of other reasons why this set didn’t get the love it possibly deserved.

The most glaring of those issues is that it was placed in the wrong series to begin with. This would have fitted wonderfully as a generic rock monster in Elves, Ninjago or Nexo Knights, but Batman perhaps not so much. The other issue clearly is the misleading marketing – you expect it to somehow reflect an important scene from the film, but nothing actually happened. This is further exacerbated by the package displaying the monster in an ugly pose and hopelessly exaggerating things further. Yet, regardless of the package trying to make it look dangerous, you never get the feeling that something bad would actually be going on. 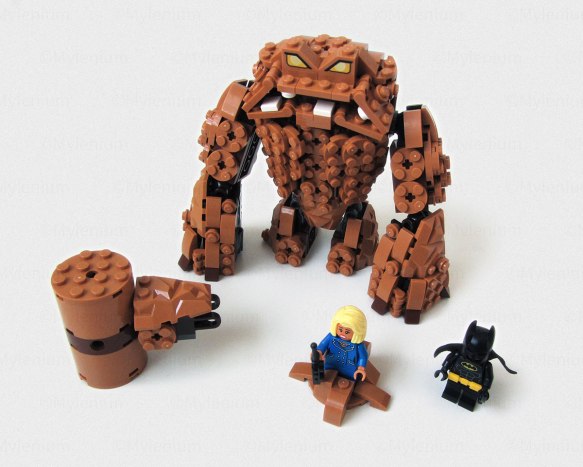 This brings us to the actual design of the creature. As you can see in the overview image, compared to the minifigures it never looks imposing or threatening. It’s in fact rather tiny and one is almost tempted to think it’s cute and feel pity for it. It looks like Batman would have no difficulties at all to take it down. mind you, I put it there in the “gorilla” pose, which makes it look more scary, but it still doesn’t make you in any way uncomfortable. In my estimation it would need to be at least 1.5 times the current size or better yet twice as large. 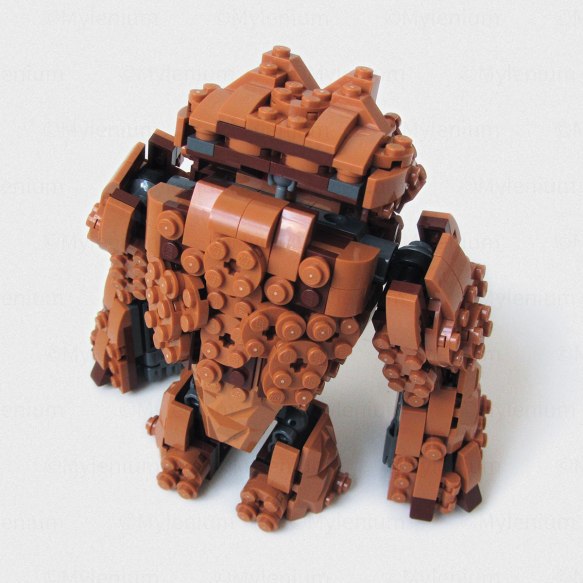 The issues with the design don’t stop there. My problem: Isn’t it called Clayface and Splat Attack? None of that comes through because ultimately the model doesn’t look smooth enough to count as genuine clay. It really feels more like a rock come to life. It would have needed a ton more slopes and curved elements to look smooth enough. Incidentally that likely would also have taken care of the size issue because it would have required more space to accommodate those extra elements.

The same could be said  for the hammer. I never actually bothered to mount it onto the creature. It just looks rubbish. Disappointingly the designers took the easy road much to the detriment of the set as a whole. Guess what – yes, more curved slopes. It would/ should have been easy enough to build the entire things smoothly faired over and transitioning into the lower arm using sideways/ SNOT construction methods. 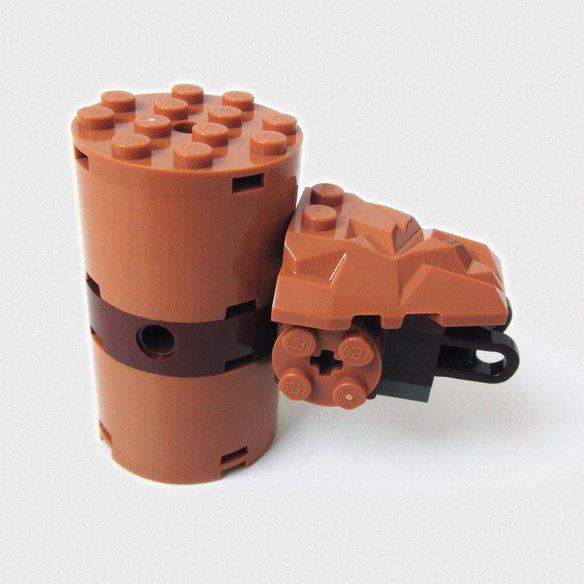 All of this no doubt sounds very damning, but ironically I actually like the model very much. Overall it looks quite okay. It’s just in the wrong product series trying to be something that it is not plus it completely misses the actual theme. It just never feels like it could do any harm by splatting mud all over the place.

On the good side it has a ton of parts in Medium Dark Flesh, which was one of the reasons I got the set in the first place. Strategically it made sense as I knew I would be using those parts on a project of mine that hopefully will come to fruition one day. Otherwise it probably doesn’t make that much sense to get the set just for parts. What would you do with those 60+ round plates for instance? Even the eyes, which are printed, BTW, aren’t exactly the most reusable items nor are the faceted slopes. If only they were Dark Blueish Grey that would be a different story entirely.

I can only reiterate my point for the umpteenth time: It’s a nice design wasted on the wrong series under the wrong premise. It would fit so much better into other scenarios. So if you feel like you want this cutesy little monster wreak havoc on your castle or temple, you can give it a whirl. Just make sure you get it for a good price, possibly used. As an alternative consider at least downloading the instructions and building it from scratch in grey colors if that’s more up your alley and you can scrape together the parts. You can at least learn some interesting build techniques or use it as a basis for a bigger version…